Loud and proud, Queer as Funk make Motown their own 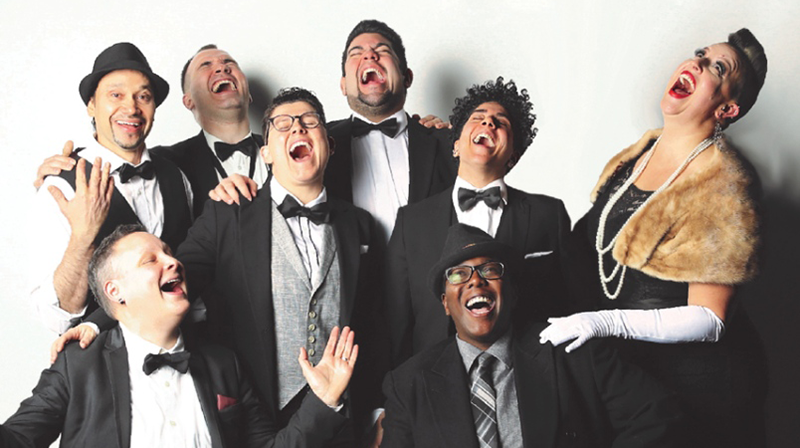 Alison Gorman is the trumpeter for Queer as Funk, a seven-piece cover band who market themselves as: “Vancouver’s hottest, queerest band.” And when the Motown pop/neo-soul septet plays the Commodore Ballroom Aug. 3 it will be more than a point of pride, Gorman says. It will be a political act.

“It’s going to be a big, sweaty beautiful dance party. Furthermore, there’s something important about taking a space like the Commodore on a Friday night on Granville Street and filling it with queer bodies and queer allies.”

“I walk through the world and more often than not I get misidentified as a guy,” she says. “It’s not something that I’m complaining about because it in some ways can afford me a certain amount of invisibility.”

But LGBTQ folks without that measure of invisibility end up hearing catcalls, which is bad enough, Gorman says, but worse are creepiness-laced comments that leave people feeling unsafe.

“We want all of our straight allies to come out and celebrate and be proud,” Gorman says. “It’s important that we get to know each other.”

To help create that familiarity, Queer as Funk will likely pepper their setlist with newer hits like “You Are the Best Thing,” by Ray LaMontagne, soul classics by Aretha Franklin and Etta James, as well as standards from the Motown catalogue.

When discussing Motown – the label that boasted Stevie Wonder, Marvin Gaye, and The Marvelettes – founder Berry Gordy, Jr. said the music was for: “white and black, blue and green, cops and the robbers.”

Choosing to play music that was accessible to everyone was a conscious decision, Gorman says.

Gorman first arrived on the North Shore at 13. Sipping her coffee, Gorman describes sitting in the band room at Balmoral Junior Secondary School after moving to North Vancouver from Ottawa. At her old school she’d lobbied to play trumpet because she didn’t want to lug a trombone around. Then she’d learned a scale and not much more.

At Balmoral the music other kids were playing seemed beyond her.

“I wanted to quit,” she remembers.

But her mother – as mothers often do – presented an alternative. She signed Gorman up for the North Vancouver Youth Band under the premise Gorman could quit after two months if she didn’t like it.

“Which was a lie,” Gorman laughs. “I knew that even then. We don’t quit things.”

She eventually studied music at UBC but had less than fond memories of performing in front of a faculty jury.

“They grade you and decide whether or not you’re worthy as a person,” she says. “That’s what it felt like.”

At the urging of a teacher, she switched to Vancouver Community College and found a contrast to the competitive pressure cooker of UBC. She also found a heap of bands in need of a horn player.

“Everyone is constantly asking you to play in their band,” she says, noting she connected with Queer as Funk keyboardist Luis “Babyface” Melgar through VCC.

Explore your musical potential in a collaborative, hands-on environment. Meet VCC music faculty and learn about upcmoing auditions at our next free information session.