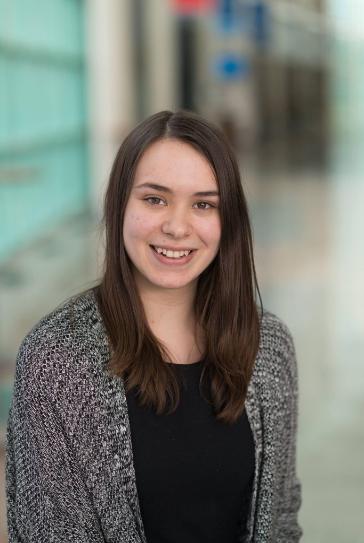 In Grade 12, Vaisey studied culinary arts every other day, learning applied cooking skills in a kitchen through the Ace It program. Since graduating, she has been completing her culinary arts studies at Vancouver Community College, and will soon be eligible for her Level 1 Red Seal accreditation. While in school, she managed to work three shifts a week as a line cook in a busy restaurant.

As if her culinary arts studies and job didn’t keep her busy enough, Vaisey has an impressive portfolio of volunteer work. She has volunteered with the Vancouver Food Policy Council, an organization working to improve food sustainability and accessibility in Vancouver, and has worked with Kids for Climate Action to advocate for environmental sustainability. Throughout secondary school she was on the green team, debate club and sustainability club, and volunteered in a community garden. At Vancouver Technical, she was elected sustainability representative to student council.

Motivated by the passionate people she has worked alongside in the past several years, Vaisey became involved in environmental and food-sustainability advocacy. “The environment is something we can feasibly change. It’s something I can work on in my local community, but can also make a greater impact on the world around me.”

Her years of hard work paid off in a big way when she was nominated by her school for a Loran scholarship. As the largest undergraduate scholarship offered in Canada, the selection process is rigorous. Of the 4,273 students who applied for the scholarship, 80 finalists advanced to national selections in Toronto. Only 31 of those students received the scholarship, representing less than 1% of applicants. Vaisey was part of that very select group, earning her $100,000 over four years to pursue undergraduate studies.

Vaisey will use the scholarship to study commerce this year at Queen’s University. She intends to stay involved with her volunteer work and advocacy, and hopes to tie her passions for food sustainability, the environment and culinary arts into her career path.

Get your career cooking! Sign up now to tour the VCC kitchens, meet instructors, and ask questions at an upcoming culinary arts info session. Professional cook 1 offers a monthly intake. Professional cook 2 has starts in September and January.