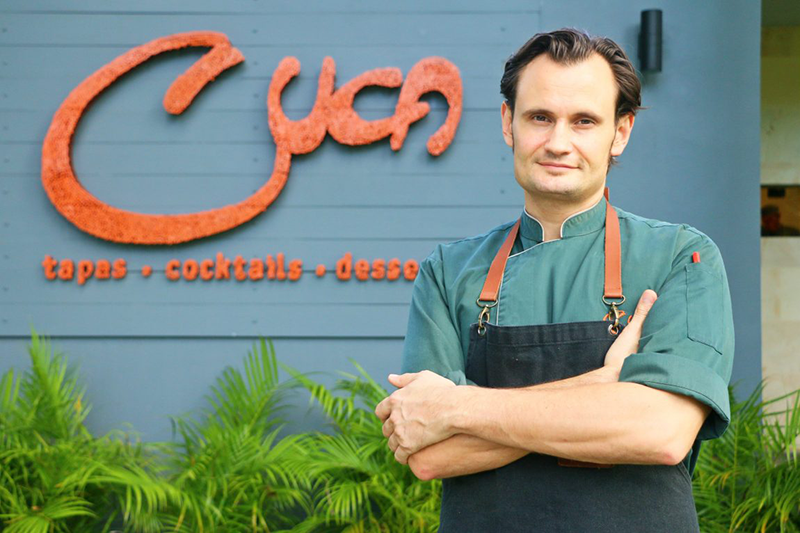 Cherkas, the head chef at Cuca Restaurant in Bali, Indonesia, is the lone Canadian representative at Gastronomika 2019, which attracts renowned chefs, culinary experts, and industry professionals.

Back in 2011, Madrid Fusión, another prestigious culinary event, invited him as a presenter where he made such a huge impression that he was hand-picked again to participate in 2016, this time representing his own restaurant, Cuca, which launched in 2013.

“I am honoured to be presenting at Gastronomika 2019 and proud to be the only Canadian chef,” Cherkas said. “We aim to present San Sebastian’s audience with something that will blow their mind.”

The South Delta Secondary grad was awarded his culinary arts degree at Vancouver Community College and took his first professional steps at the Metropolitan Hotel in Vancouver.

During his three-year apprenticeship, he won several prestigious culinary awards, including three gold medals at the British Columbia Chefs Association Hot Culinary Competition in 2000 and a fifth-place finish with Team Canada at the famed Bocuse d’Or World Cuisine Contest in 2001 in France.

Continue reading in the Delta Optimist >

Learn how you can climb the culinary ladder. Come chat with culinary students and chefs at Experience VCC on Wednesday, Oct. 16.