Vancouver Community College is a public post-secondary education institution. The Board of Governors administers the college, on behalf of the government of British Columbia and the Ministry of Advanced Education, Skills and Training (AEST) and determines policy and reviews the college's performance as detailed in the College and Institute Act, Part 4, Section 19. 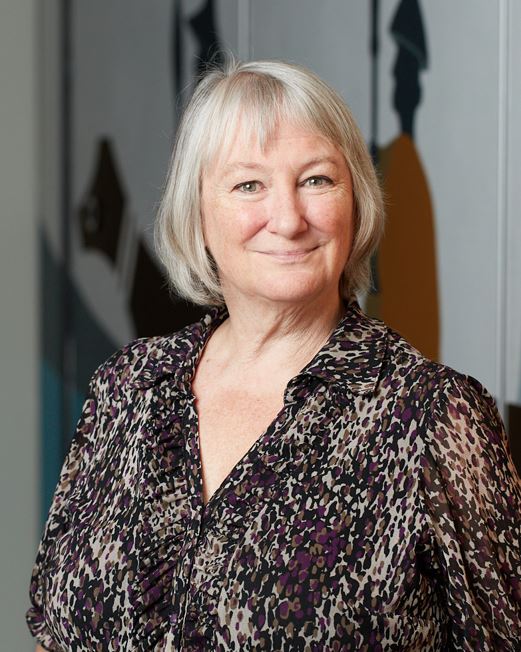 Joey Hartman retired as President of the Vancouver & District Labour Council in February 2018.  She is recognized as a community and social justice activist and serves on a number of boards including the Council of Canadians, BC Labour Heritage Centre and Pacific Blue Cross. She holds a Certificate in Early Childhood Education from Capilano College.

Ajay Patel was appointed President, Vancouver Community College, effective May 26, 2020, however, he has been leading the College in the interim position since September 2019.  Previously, Mr. Patel held the position of VP, Enterprise and International Development. He came to VCC with 15 years’ of nonprofit experience in amateur sport and recreation sector.  Additionally, he has 17 years of post-secondary experience, where he rose through the ranks in several positions, from an instructor to the VP, External Development. In the VP role, Mr. Patel provided strategic leadership, and contributed to the development of community relations and partnerships that supported the college's vision and priorities. Raised in Vancouver, he is a longtime eastside resident, and the product of the college system. Mr. Patel holds a Master of Human Kinetics, Coaching Sciences, from the University of British Columbia.

Libby Davies was a Member of Parliament for Vancouver East from 1997 – 2015. During that time she served as House Leader, Deputy Leader (2007-2015), and Official Opposition Spokesperson for Health. Ms. Davies is invited as a guest lecturer on a variety of topics related to government, situation related to drugs and HIV/AIDS and Tuberculosis.

Todd Rowlatt was  EdCo Chair and a member of the Board from Jan 2015 to Dec 2018.  He has recently stepped back into the Chair position, for a short period; until the EdCo fall election. Mr. Rowlatt has worked at VCC as a librarian since 2006, and was Department Head of Library Public Services for six years and is currently Library Services Coordinator.  He has been a member of Education Council (EdCo) since 2009; during that time, Todd has served four terms as the Vice-Chair of EdCo. He has also been a member of the Education Policy Committee since 2010.  Todd has a Master of Library and Information Studies from UBC, a Master of History from the University of Minnesota, and a Bachelor of Arts from UVic.

Jeffrey Yu is the principal owner of REL Technology Inc, a company that empowers people to live an independent and healthy lifestyle. As a former Assistant Operations Manager for Five Star Building Maintenance, and as an Integrated Service Manager and numerous Management roles in the Long Term Care Industry, Mr. Yu has extensive management and leadership experience.  Mr. Yu is also experienced in real estate development and master site planning.

Active in his community, he is a member of Premier’s Chinese Canadian Community Advisory Committee, Trustee Chair for the New Vista Society and the Board Chair of Trustees for the Burnaby Library. He is a Nutrition Manager of the Canadian Society of Nutrition Managers and holds a Bachelor of Arts in Economics from Simon Fraser University.

Mahin Rashid is a strategic leader, dedicating her career to organizations that create a positive impact in community. Currently, she is a Senior Advisor, Member Experience and Operations at Vancity Credit Union.Her previous roles include the Director of Business Planning and Performance at Vancity, Accessibility and Inclusion Consultant for the Presidents Group, a network of BC business leaders working to recruit and retain diverse talent, and a Director of Revenue Development at United Way, an organization focused on poverty alleviation and community development.

Mahin is a long-standing and active volunteer with a variety of organizations such as Big Sisters of Canada and Rainbow Refugee. She has a passion for social and economic inclusion.

Nadia Belokopitov is a status member of the Haida Nation, House of Yuuglaanas, Raven Clan. She is the owner of the Cedar Root Gallery, the only 100% owned and operated Indigenous retail store in Vancouver. Ms. Belokopitov was previously a Federal negotiator with Indian and Northern Affairs Canada and is an activist with the Murdered and Missing Indigenous Women’s Inquiry. She holds a Bachelor of Arts degree from the University of Toronto and a Bachelor of Laws from the University of British Columbia. Nadia was the proud recipient of the 2019 Arbor Award from University of Toronto recognizing her dedication to enhancing the experience of its students.

Rene-John is currently an advocacy staff representative for the BC Government & Service Employees' Union. In the past, he was a labour relations staff representative for the Federation of Post-Secondary Educators, an articled student, and an associate lawyer for Victory Square Law Office LLP. Prior to those ventures, Mr. Nicolas worked as a research assistant for the University of British Columbia.  Active in his community, he served as a past director for Tulayan, the BC Employment Standards Coalition, the Kaya Community Society, and the West Coast Domestic Workers' Association.  Mr. Nicolas is involved with a number of organizations focused on migrant workers and youth in the Filipino-Canadian community.  He holds his Bachelor of Arts and Juris Doctor from the University of British Columbia.

Ms. Oh is an experienced advisor for local business owners and managers and is currently the sole proprietor of Seung Oh Ltd. chartered accounting firm in Burnaby. She is an experienced director and CFO for Canadian public companies and a seminar speaker for the Korean Canadian Business Community on business and tax related matters.

Shobha Rajagopalan is a Director with the Society for Women Empowerment and was the Chair of the Joint Family Court & Youth Justice Committee. She holds a Masters in Science (Biochemistry) from the Kasturba Medical College (India) and a Bachelor of Science (Biology) from the Kerala University (India). Ms. Rajagopalan was a Program Manager with the Native Education College and an Anatomy & Physiology Instructor with the Canadian health Care Academy and Langara College before that.

Sue Hammell recently retired as a Member of the BC Legislature. She was re-elected as the MLA for Surrey-Green Timbers in May 2013. She was first elected in 1991, and then re-elected multiple times. She serves as Opposition Spokesperson for Mental Health and Addictions. Ms. Hammell served in a number of cabinet positions as MLA, including Minister of Housing, Recreation and Consumer Services, Minister Responsible for Co-operatives, and Minister for Women’s Equality. In addition, she was government caucus chair and was active on several legislative committees. Ms. Hammell also worked with the Surrey Aboriginal Society as their Executive Director, where she developed the society into a modern urban centre for aboriginal people with an annual budget of over $2 million. She has been working with the Washington, D.C.-based National Democratic Institute (NDI) for many years. With NDI she travelled to the Middle East five times to work with emerging political parties and female candidates. She is also a founding member of the Minerva Foundation for B.C. Women, initiated in 1999 to provide funds for projects that will assist women to realize their potential and to create a safe place for them to live and work in British Columbia. After graduating with a Bachelor of Arts in Education from the University of British Columbia, she taught in Verdun, Quebec, Courtenay and Surrey.

Dr. Paul Yeung was elected by the Support Staff group in October 2020.  Dr. Yeung has been working as a VCC support staff since 2011. He has held various positions in academia, government and the not for profit sector. In academia, he has taught both undergraduate and graduate courses at UBC, SFU, and Brock University and is currently treasurer of the BC Chapter of the Canadian Counselling and Psychotherapy Association (CCPA), as well as a board member for the Private Practitioner Chapter. In government, Dr. Yeung was a researcher to the Centre for Chronic Disease Prevention and Control (CCDPC) for the Public Health Agency of Canada.

Dr. Yeung has authored articles in refereed journals and presented at conferences in Canada and abroad.

Karen Brooke was elected by the faculty group in October 2020.  Ms. Brooke has been an instructor at Vancouver Community College since 2004, first with the English as an Additional Langauge department and now with the School of Instructor Education. She has been proud to serve the college on a number of committees. She is interested in the history and mission of community colleges.

Ladan Sahraei was first elected to the Board of Governors by VCC students in October 2020 and re-elected for a second term in October 2021.  Ms. Sahraei was born and raised in Tehran, Iran.  She completed her Associate Degree in physical education and was studying graphics before coming to Canada in July 2014.  She is the first deaf filmmaker in Iran, where she has made several short films, as well, two feature documentaries made in Canada.  Ms. Sahraei has received awards and honors for her work. Filmmaking is her passion.  She studied American Sign Language (ASL) for 10 months before commencing her studies in VCC’s Basic Education program, where she has been a student for 6 years.  Ms. Sahraei is a very engaged student at VCC and has been a volunteer peer helper over the past 7 years.  She also has board and committee experience since 2016.

For questions relating to Board Governance at VCC, please contact Executive Assistant, Deborah Lucas at dlucas@vcc.ca or 604.871.7000 Ext. 8313

Government-appointed board members are appointed by the Province of British Columbia. For information on appointment processes and guidelines, please visit the Crown Agencies and Board Resourcing Office.

The VCC Board of Governors has three standing committees:

Public Board meetings are held on the dates listed below.

IMPORTANT:   In response to COVID-19, unless noted below, Board meetings commence at 5:30pm and are conducted using the Zoom video conferencing service. The meeting link will be located on the agenda.

Please note: all persons or groups wishing to make a presentation must submit their request in writing at least 14 days in advance of the meeting date to Deborah Lucas, Executive Assistant to the Board of Governors at dlucas@vcc.ca.

The Board breaks during the summer and meetings resume in September.  The Board will approve the Jan to Dec 2023 meeting schedule in June 2022.

The Board breaks during the summer and meetings resume in September.  The Board will approve the Jan to Dec 2022 meeting schedule in June 2021.