Vancouver Community College is excited to be named the judging venue for the Canadian national competition of the International Chocolate Awards, taking place in Vancouver this September.

Following rounds in Italy, Israel, London and New York, entries are now open for the Canadian competition. Judging will take place September 22–25 in VCC's Baking & Pastry Arts Department. The judging panel is made up of chocolate experts, food journalists and pastry chefs, with a core judging panel of international experts traveling to each competition.

“We are so thrilled to have been chosen as the venue host for the Canadian competition – it says a lot about VCC to the chocolate community in Vancouver and Canada. It signals our commitment to excellence in this field for both the chocolate artisans and our students,” says Fionna Chong, acting department head for baking and pastry arts. 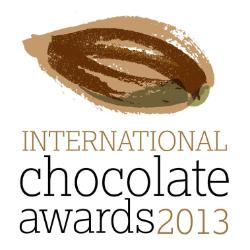 The competition’s categories, which range from flavoured bars to filled chocolates to spreads, are designed to reflect the current chocolate industry. Prizes are separated according to category, with just one Gold awarded in each category and a number of Silver awards also available. Award winners are then invited to enter the World Final, which takes place in London in October - and opportunity for head-to-head competition between the world's best from the Americas, Europe and Israel.

The International Chocolate Awards is an independent organization set up in 2012 by Martin Christy, founder of fine chocolate review site, Seventy%, and Kate Johns, director of Chocolate Week.