Restaurant Review: The Chef’s Table gets an 'A' for food 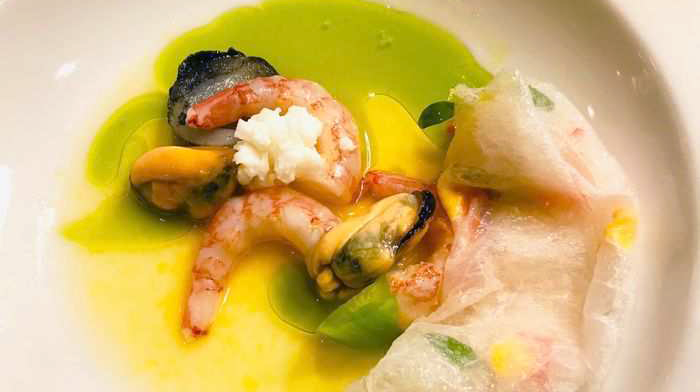 It’s like a two-Michelin calibre meal for a mere $55. Wine matches for the five-course meal with an amuse bouche and mignardise ending is $22.

I’m reading your mind and it’s saying, ‘OK, what’s the catch.’ Right, there is one but it wasn’t a deal breaker for me. These Chef’s Table pop-ups are at Vancouver Community College (VCC) so when it comes to ambience and service, Michelin level it ain’t. Service, you could say is sweet and uncertain, not suavely professional. But it gets an 'A' for food.

But I’m telling you, the food compares more than favourably to haute meals where I’ve wanted to swat away silly theatrics and giggle at architectural presentations served with stiff, humourless formality.

The Chef’s Table was at VCC’s East Broadway campus in an institutional setting but last January, it moved to JJ’s Restaurant at the Downtown campus, which is set up as a restaurant. In the past, there’ve been many a panicked guest who arrived at this location when they should have been on East Broadway. Recalculating! Recalculating!

Chef Hamid Salimian is the instructor and what he does with his classes is breathtaking. The food is imaginative, beautifully presented, balanced, delicious, and flawless. Many of the dishes employ modernist techniques but without screaming ‘look at me, look at me!’ Instead, elements dovetail into a meaningful presentation.

Continue reading in the Vancouver Sun