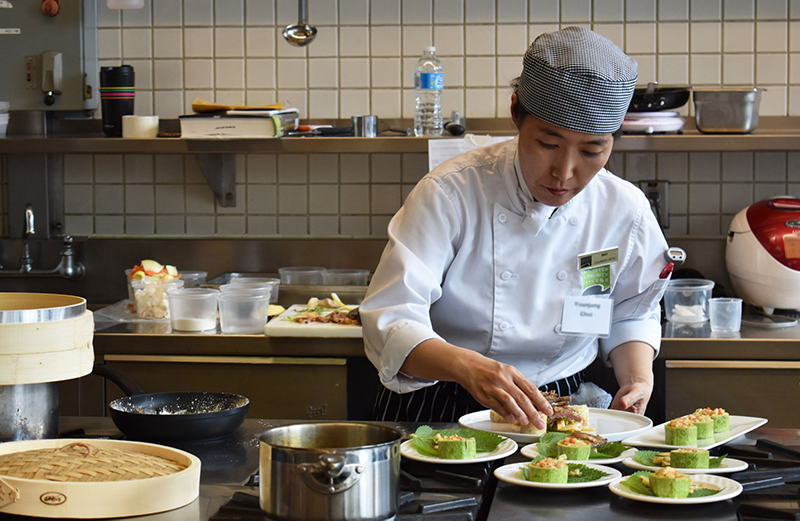 A delicious and exciting time was had by all at Vancouver Community College's (VCC) second annual Korean Culinary Competition held at the Downtown campus on June 14, 2018. Competitors included VCC culinary arts students, professionals, and hobby cooks who were challenged to prepare Korean-style dishes composed of rice, vegetables, and meat or seafood.

“The contestants had the challenging task of preparing everything in 90 minutes.” said Collin. “There was exceptional talent and it was impressive to see the level of creativity and diversity of dishes presented tonight.”

In the professional/hobby cook category, the first prize ($800) winner was Choongwoo Lee, the second prize ($300) went to Myounghoon Lee and third prize ($100) was awarded to Jeongkyu Cha.

Meanwhile, members of the public had a chance to get hands-on and prepare kim bap, a vegetarian-based sushi roll, with the guidance of a demonstrator.

VCC would like to thank the Consulate General of the Republic of Korea, Chef and Co Canada, as well as VCC’s culinary arts and hospitality management departments for their partnerships in this outstanding event.

Fascinated by the foods and flavours of Asia? Learn tradititional techniques and modern skills in VCC's Asian Culinary Arts program.