A fundraiser with benefits 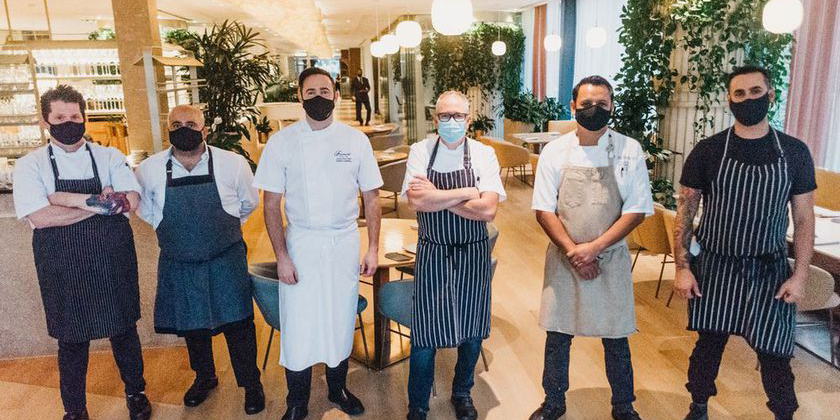 Originally published on The Whig Standard

With the travel industry held hostage by the COVID-19 pandemic for too many months the culinary folks at Fairmont Pacific Rim hotel figured hey, have mouth will travel.

Six knockout dishes. Six high profile Vancouver chefs. Botanist restaurant’s Travel with Your Palate was an out of body trip for diners with some global wanderings. And proceeds went to The Vancouver Food and Beverage Community Relief Fund — what could be finer?

Some might say the best part of it was the $6,000 it raised for struggling workers but really, it was win-win. Guests fortunate enough to pay $148 had an exquisitely crafted meal and some time away from the pandemic. They were invited to donate more if they wished — which they did — and reservations sold out well before the dinner with a waiting list of hopefuls.

Scott Jaeger reminded us just how much his Pear Tree restaurant will be missed. His celeriac remoulade with Dungeness crab, julienne of apple, sweet cicely and mustard seed was divine.

As for Hamid Salimian, as culinary instructor at Vancouver Community College, he and his students create the most sublime student-run tasting menus on this planet — well, at least this continent. His dish on this occasion was spiced squab fesenjoon (Persian sauce with pomegranate paste, ground walnuts and spices) with salsify and as always, it was on point.

READ MORE ON THE WHIG >

Considering a career in the culinary arts industry? Sign up to learn more at our next information session.