Building each other up: Angel’s ascent into architecture 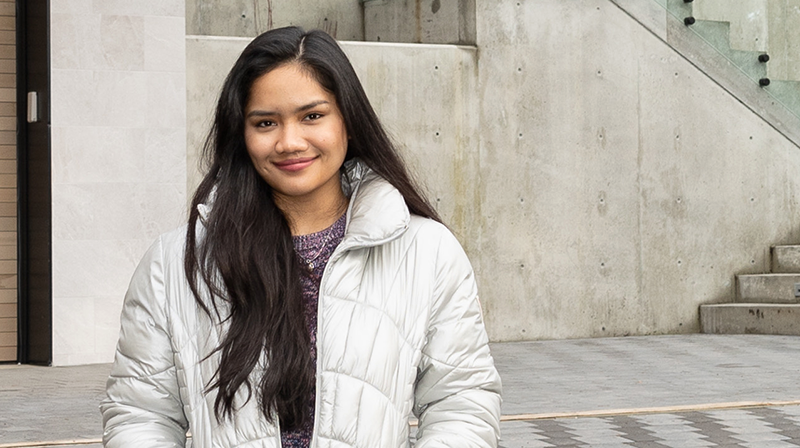 When her cousin predicted that Angel Lomboy would become an architect, Angel didn’t even know what the word meant. She liked to draw – first portraits, then buildings – but the word “architect” stuck with her ever since. Today, as a star graduate of Vancouver Community College’s (VCC) Architectural Technician program, and with mentorship from a respected local firm, Angel is well on her way to making this word her reality.

Like many close-knit families in her home country of the Philippines, Angel grew up around dozens of aunts, uncles, and cousins. And like many Filipino parents seeking to build a better life for their children, Angel’s mother worked overseas.

It wasn’t until her late teens that Angel was able to permanently join her mother in West Vancouver. Angel enrolled in West Vancouver Secondary School and adapted quickly, earning excellent grades. During Grade 11, she attended a presentation on VCC’s CAD and BIM (drafting) programs by instructor Bruce McGarvie, and one certificate caught Angel’s attention immediately: Architectural Technician.

Thanks to a generous post-secondary scholarship from the West Vancouver Foundation, Angel was able to enrol in VCC’s 10-month Architectural Technician program after high school. “I came to VCC because of Bruce’s presentation,” she says.

From Bruce’s perspective, Angel chose the right career path. “Her drawings will pop up and they’re so clear and crisp. They really stand out,” he says.

After graduating with her Architectural Technician certificate in June 2020, Angel was able to start working part-time at North Vancouver’s Synthesis Design. “We were so impressed with Angel,” says Curtis Krahn, a fellow VCC alumnus and principal of the firm. “We knew she had the technical skills because VCC’s students are always job-ready, but anyone who can work that hard individually and for her family is a really good fit here.” 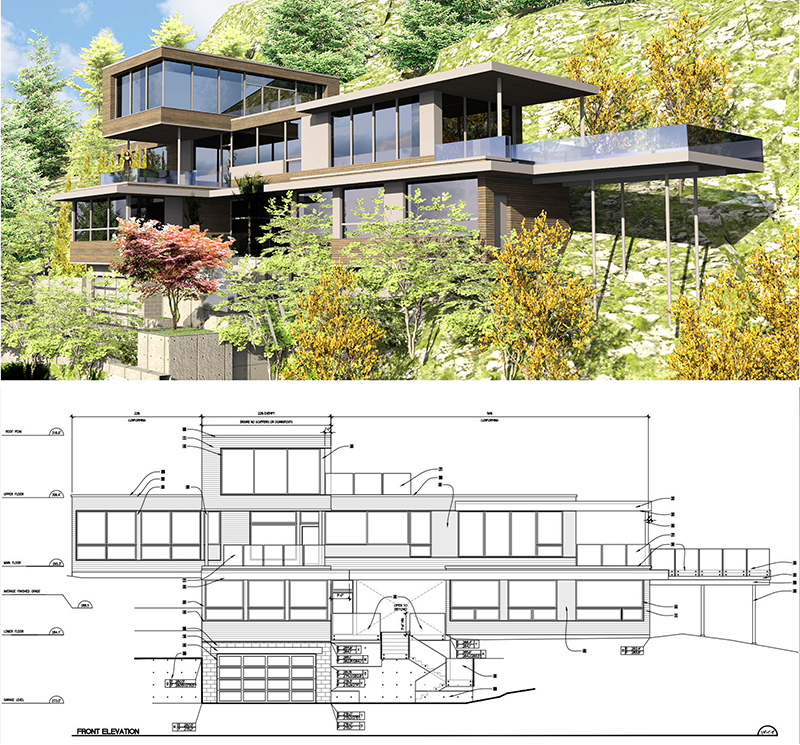 A sample of Angel's work at Synthesis Design: "Westport Project"

Although she was already fully trained to begin working in the industry, in Fall 2020, Angel enrolled in a second VCC program (Civil/Structural Technician) so she could continue receiving her scholarship, which was designed to cover a four-year degree.

Curtis, however, was eager to hire Angel full-time sooner rather than later, so he sparked a conversation involving the West Vancouver Foundation, VCC’s CAD and BIM department, and the VCC Foundation which handles college-based scholarships.

“Everyone was trying to make things happen.” says Curtis. After much conversation, the West Vancouver Foundation agreed to transfer the balance of Angel’s scholarship to VCC so it could be paid out to support Angel’s work-learn experience at Synthesis Design – a truly out-of-the-box solution.

According to Curtis, VCC’s drafting grads are worth this kind of effort. “Their skills are better than anybody’s, including the universities,” he says.

As for Angel, she’s not only excited about her future in architecture, but also continuing to re-connect with her mother who has sacrificed so much along the way. “We were able to spend Family Day together this year,” she says. “I was so grateful.”

Interested in architecture or civil/structural design? Join us to chat more about VCC’s CAD and BIM programs at an upcoming info session.