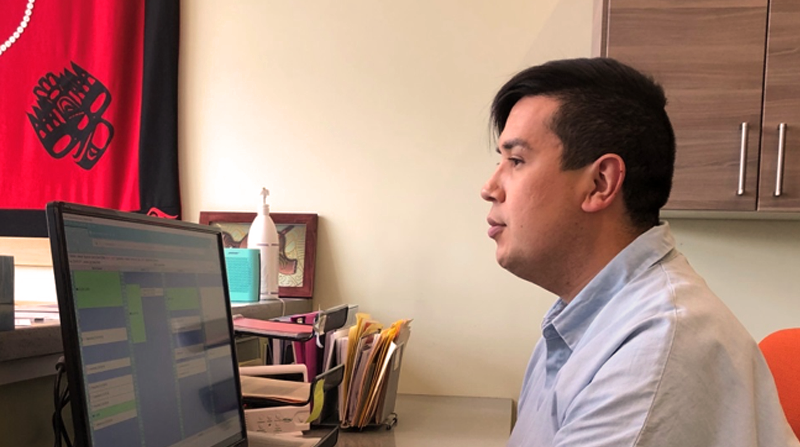 As a child, Lawrence (Larry) Becker spent a lot of time in hospital. Even though he suffered from a rare metabolic disorder, he has only positive things to say about the care he received. It was this experience that motivated him to start a career as a medical office assistant. “I want to give back what was given to me,” he says.

Good health care leaves a lasting impact, and it’s quite common for students entering the field to be driven by past experience. As an Indigenous person in Canada, however, Larry’s story stands out.

Here, he got to know first-hand the anxiety that many Indigenous patients feel in a health care setting. “People had a lot of discomfort just going in for any type of medical service,” he says. According to Larry, this often leads to avoidance of important treatments and is a major issue facing Indigenous health today.

As an empathetic person, Larry was intimidated at first, but he made it his job to create a welcoming environment. “It’s really important to make sure people are taken care of rather than leave feeling ignored,” he says.

For many Indigenous people in Canada, Western-style health care still represents more hurt than help. As epidemics of smallpox wiped out an estimated 90 per cent of the First Nations population from contact until 1890, the smallpox vaccine, developed in 1796, was rarely given to First Nations people. As First Nations children in residential schools underwent medical experiments and abuse, they were often sent home rather than treated. As tuberculosis spread in the early 20th century, First Nations people were forced to leave their families and travel long distances to access low-quality, segregated hospitals.

Today, much Indigenous medicine, food, and survival knowledge remains greatly diminished by 500 years of chaos and grief. Without it, many Indigenous communities have become dependent on market-supplied goods and processed foods. As a result, they face elevated rates of diabetes, obesity, cancer, mental illnesses, and more, yet still shy away from professional health care.

As Indigenous populations in Canada continue to rebound in the 21st century – now growing at higher rates than most – the need for culturally appropriate services is greater than ever.

At the Lu’ma Medical Centre, the entire space has been deliberately designed using warm colours and traditional art to make patients feel at ease, while staff like Larry are specially trained to address the concerns of Indigenous patients.

“With a difficult patient or an urgent situation, I use my customer service skills and keep calm,” says Larry. “Not only for myself but to make sure their needs are actually met.” 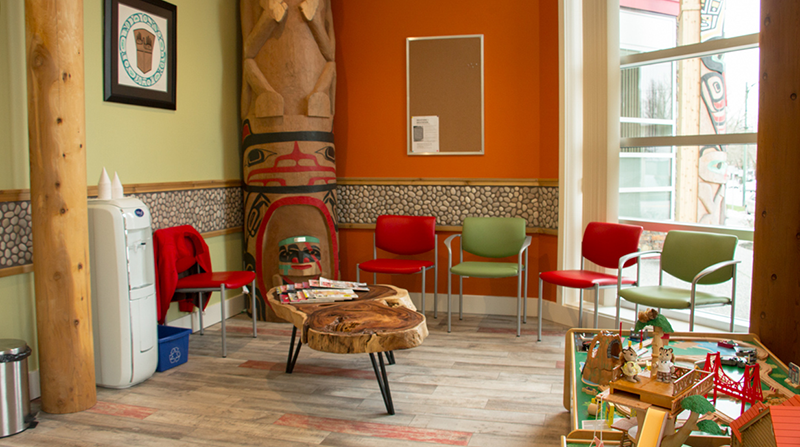