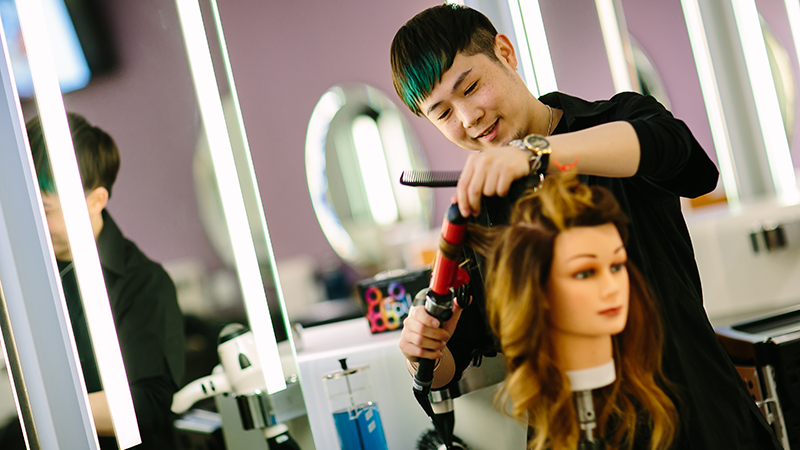 Originally published in the Georgia Straight

Many British Columbians don’t realize that in 2003, the B.C. government deregulated hairdressing.

This meant anyone could pick up a pair of scissors and work in this field.

But according to Emma Rasmussen, instructional assistant in the hairstylist certificate program at Vancouver Community College, this is expected to change now that hairdressing is recognized as a Red Seal trade.

“The Red Seal is recognized as the interprovincial standard of excellence in skilled trades,” Rasmussen told the Straight by phone.

She pointed out that this designation is a requirement for being a hairstylist in other provinces. And Vancouver Community College is offering a two-level Red Seal training program this year. This means graduates will be able to work as a hairstylist anywhere in Canada.

Level 1 involves 10 weeks of training, with intakes starting in May and September. Level 2 lasts five weeks, with intakes in April and July.

Rasmussen explained that a person needs to spend 3,600 hours of workplace training in the hairstyling apprenticeship program before obtaining the Red Seal designation.

She added that anyone who has already completed VCC’s hairstylist certificate program can use this as the equivalent of doing the Level 1 apprenticeship.

The first thing a prospective student must do is register with the Industry Training Authority as an apprentice and obtain an ITA identification number.

About 80 percent of the time in a Red Seal hairstyling apprenticeship is spent in on-the-job training and about 20 percent involves classroom instruction. This enables students to earn money while pursuing their trade certification.

Level 1 involves 300 hours of classroom instruction at VCC’s Downtown campus and covers the foundations of hairstyling, including basic hygiene, sanitation, and disinfection practices, as well as the use and maintenance of tools.

In addition, Rasmussen said, Level 1 students receive an education in client services, hair and scalp care, basic cutting, hairstyling, colouring, chemical waving, and business management. At the end of Level 1, students take an ITA standardized written exam, and if they pass, VCC instructors recommend that they find a job.

This starts them toward accumulating the necessary training hours before returning for Level 2. “It’s building on the foundations taught in Level 1 but with more advanced technique and more advanced mastery of those skills that you learned,” Rasmussen stated.

“One general misconception is that it’s an easy job and that hairstylists don’t require a lot of skill,” Rasmussen said. “There’s actually a lot of science and biology behind what we learn.”

She said that VCC hairstyling instructors all have been in the industry for at least 10 years and love what they do. The college provides them with professional-development training, which enables them to attend trade shows and take courses to stay on top of what’s happening in their field.

When asked what types of people thrive as hairstylists, Rasmussen replied that it’s ideal for those who are artistic, creative, and interested in fashion or visual arts.

“It’s an ever-evolving industry,” she said. “Like how fashion changes, so do hairstyles.”

She encouraged anyone interested in pursuing a Red Seal hairstyling certification to go to vcc.ca/hair for more information.

Interested in working as a professional hairstylist anywhere in Canada? Apply now for our full-time hairstylist apprenticeship program beginning in April 2019.