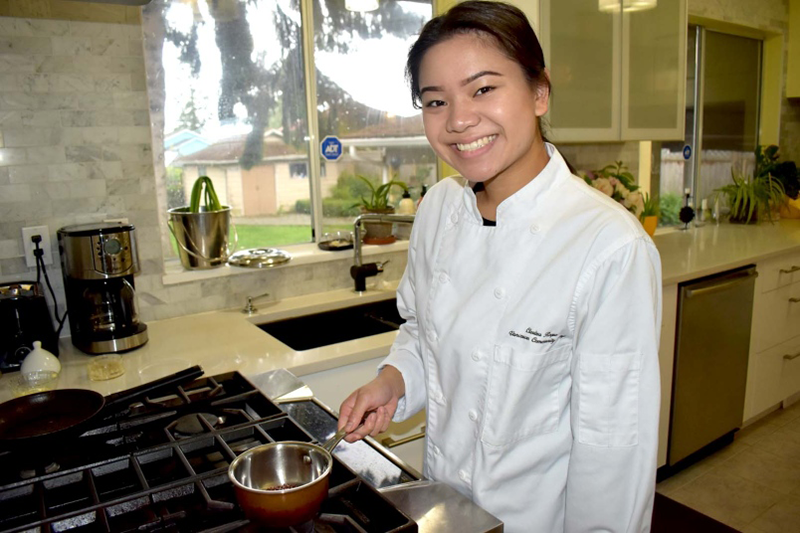 Clarissa (Claire) Roque needs to work on her sugar skills. Unfortunately, the closest sugar experts are in Seattle and Los Angeles, and the pastry chef she would really like to learn from is based in Belfort, France.

Roque, 19, has about two months to perfect her sugar skills before she needs to make a sugar piece extraordinaire at the World Skills bakery competition in Kazan, Russia.

The Richmond resident is fresh off a national win in Halifax, N.S., where she went head-to-head with another Canadian baker-in-training at the Skills Canada national competition. She created six items over two days and eventually beat her competitor for a spot to the world championship.

The recent post-secondary national competition gave her a good taste of what it will be like competing internationally. For the national competition, Roque trained five days a week, up to 10 hours a day, for three months with her Vancouver Community College instructor, Wolfgang Dauke, perfecting her timing and technique.

Roque said she was running on adrenalin, rarely taking breaks, eating while working. "When you don’t think about it, you’re fine,” she said.

On the first day of the national competition, Roque had to make two identical marzipan figurines – she had practised animals, fruit and a clown during her training. The day before, though, she found out she had to make two teddy bears. She had brought along some fondant, the thick layer used typically on wedding cakes, and practised making one that night in her hotel room.

She also had to make eight petit fours – small bite-sized cakes – and four plated desserts. For the latter, she made a platter with rose peach semi-freddo, a pistachio buttermilk sponge, peach raspberry coulis and chocolate soil.

Continue reading in the Vancouver Courier