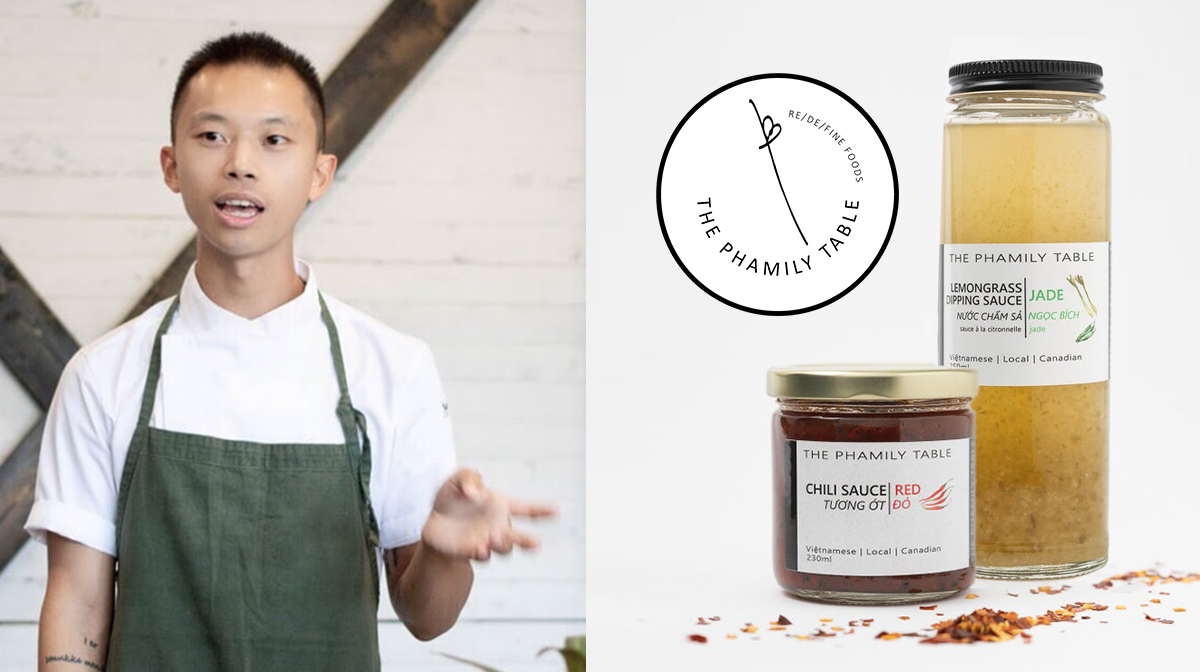 Late last year, Vancouver Community College (VCC) Culinary Arts alumnus Brandon Pham had a big decision to make. With just over a decade of professional cooking under his belt, he was ready to take his next big step as a chef. But what would it be?

Many cooks dream of opening their own restaurants. Others want to travel the world, host a TV show, or write a cookbook. Brandon, however, followed a desire to connect to his cultural roots that turned out to be one of the smartest moves of his career.

After completing his Professional Cook 1 training, Brandon went on to apprentice under now-VCC instructor Chef Hamid Salimian first at The Westin Wall Centre, then the prestigious Diva at the Met restaurant.

“I was really, really lucky to be with Chef Hamid when he was at the restaurants,” says Brandon. “He taught me about life. My heart still races when he sends me encouraging messages. He’s still the chef.”

Within a few years, Brandon’s promising career took him to Denmark, where he completed a stage at Michelin-starred restaurant AOC, while also working his off-days at equally acclaimed restaurants Noma and Relae.

“Brandon was just a teenager when he first came to VCC,” remembers VCC Culinary Arts department head Ysabel Sukic. “He got to where he is today with passion, perseverance, and unwavering commitment.”

While working in Denmark, Brandon says he was often asked about his Vietnamese heritage, but found he didn’t have many answers. “It made me realize I needed to go home and figure out my roots,” he says.

In 2017, Brandon took the leap and launched his own Vancouver catering business, The Phamily Table, aimed at bringing a Vietnamese-inspired “chef’s table” experience into peoples homes. “Everything just fell into place,” he says.

Brandon’s catering business was still thriving when news of a coronavirus epidemic started coming in from China in December 2019. With incredible foresight, Brandon immediately transitioned his business model away from catering inside peoples’ homes to offering takeout meals. He also started pursuing a less-typical business plan to launch a product line of Vietnamese sauces.

“I was being really hard on myself in December,” he says about developing the product line. “I thought it could turn out to be the worst mistake of my life!”

Fortunately for The Phamily Table, demand for takeout meals has soared during the COVID-19 pandemic. Brandon's sauces, branded Re/de/fine foods, have also proven to be a popular item in grocery stores and are available at farmers’ markets across the region. “I love working with and supporting other local businesses,” says Brandon. “I’ve been very, very grateful.”

For Brandon, creating his line of chili and lemongrass sauces has been especially meaningful because it’s allowed him to express his Vietnamese heritage using local, Canadian ingredients. “I didn’t realize farmers in B.C. can grow 300 varieties of chilies!” he says.

Most meaningfully, perhaps, the Re/de/fine product line also became tribute to Brandon’s parents and their immigrant experience. “This is something that will leave a legacy,” says the not-quite-30-year-old chef. “It honours my family. It shows that they didn’t come here for nothing.”

Do you want to make your mark in the culinary world? Start by learning from the best at VCC Culinary Arts. Free information sessions monthly.