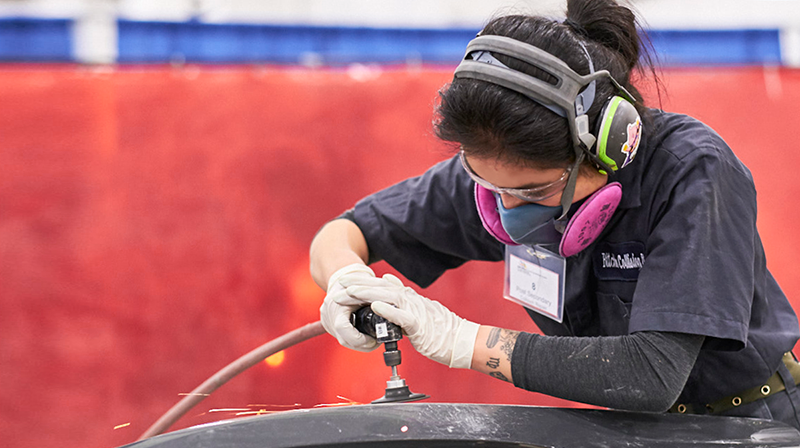 As B.C. looks to pull itself out of its COVID-induced economic lull, the sectors expecting to be the economy’s major engines – mining, resources, construction, and transportation – are struggling with skilled-labour shortages that could be resolved quickly if industry leaders looked in the right direction, observers say.

The key demographic that could provide the answer, they say, is women. According to B.C. advocates, educators, and tradespeople, the potential for skilled female workers to offset the shortage of electricians, heavy-machinery operators, automotive repair technicians, and other trades is huge in a province needing to maximize its workforce.

Few people have a better view of this than Lindsay Kearns, outreach co-ordinator at the BC Centre for Women in the Trades (BCCWITT) and a 10-year veteran electrician.

“Isolation, discrimination and poor workplace culture have long been barriers for women to enter and stay in these great careers, and with the current skilled workers shortage, it’s time to start focusing on under-represented groups,” Kearns said. “I’m an optimist, and the shift is happening, but the change needs to start at the leadership level. Everyone has to buy in.”

Keith Mew, head of the auto collision department of Vancouver Community College’s trades training program, said interest from female students in classes such as his has been steadily rising, although still at a relatively low one out of 15 or 16 student ratio.

But Mew agreed that workplace culture remains a key barrier for many female tradespeople who have the skill to enter the field but soon find themselves overwhelmed by either overt sexism or covert discriminatory behaviours in certain work situations.

“100%, that’s an issue,” Mew said. “And it sometimes depends on the area where someone is working geographically – and the company that they are working for. One thing about the auto collision and refinishing industry is that there are some very large companies with great work cultures, and there are also some smaller shops that may not have the best.”

That’s why, Mew said, VCC offers additional support for female graduates. Mew checks in with alumni from time to time to make sure their post-graduation journey in their career fields is going smoothly. It doesn’t mean these women workers are getting preferential treatment, he said, but rather that their entry into the workplace is in on as even a playing field as possible.

“What I would say is – and what I say to all our students is – this only works as a career if you find joy in the act of working in a shop and performing tasks,” he said. “If there’s no joy in that for you – and it is a demanding job with long hours and stressful environments – it probably won’t be for you. But for women that come through, based on the challenges they face, we really try to support them with resources that we have ... because no one should be able to tell you that you are not allowed to pursue a career that makes you happy.”

One alumna, Kiara Reissner, said she has been relatively lucky. While she is the only woman working at Richmond Auto Body in North Vancouver, co-workers have been understanding and respectful, allowing her to concentrate on her job and career path.

“I feel that there’s not a lot of women who continue [in trades], but I would like to break that mould,” Reissner said. “I’d like to have an apprentice one day. It’s difficult to find women mentorship. We do have a woman teacher at the shop at VCC, and she’s a great mentor. But I don’t know too many others. But the guys have been great, too. I don’t feel like I’ve been set apart from them in any way. They include me in everything.”

Continue reading in Business in Vancouver >